The Launch Academy was created to give students who are skilled in the Performing Arts an alternative schooling solution for completing their Queensland Certificate of Education (QCE).

Distance Education allows students the flexibility to take on extra dance and industry training whilst studying to qualify for university.

A Unique Program for Ambitious Dancers

Our course takes a blended training approach that includes highly specialised dance training in both technical and commercial genres as well as personalised mentoring in the business aspects of becoming a successful commercial dancer.

LAUNCH Academy’s teachers, mentors and trainers are past and current industry professionals who are highly regarded in the industry.

Dependent on what year they are in, students also have the opportunity to complete a Certificate III in Dance (CUA30113) during their time at Launch Academy. Credit points are awarded towards their QCE certificate upon completion of these courses.

Launch Performing Arts Centre will provide a letter of acceptance to successful candidates. Please request an information pack for Cairns School of Distance Education with our office team for more information.

Why Study with Launch Academy?

Students undertake several hours of technical training each week to ensure significant improvement in skill level and decrease the chance of injury.

Dependent on what year, students also have the opportunity to complete a Certificate III in Dance (CUA30113) during their time at Launch Academy.

There are so many different and exciting pathways to take within this industry. It is our job to guide and mentor you down your ideal path to ensure your best possible chance of success.

Take on the World

Our intention is to prepare students for their chosen pathway whilst ensuring that they are ready for all other options. Students are trained to be the best technicians and performing artists they can be.

Get Started For Free 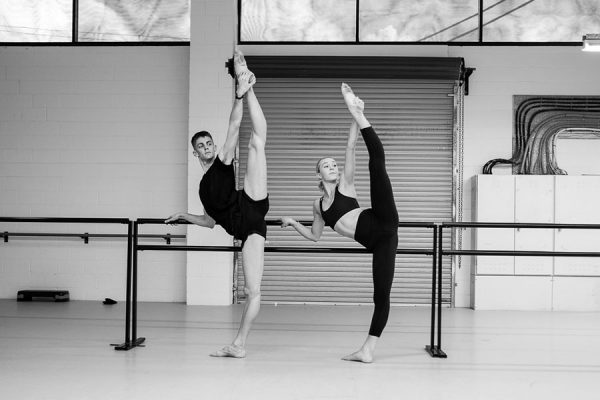 For more information on Launch Academy including eligibility and request an information pack on enrolments, please contact Launch Performing Arts Centre Director, Michelle Hopper-Doyle at [email protected] or call us 07 5527 7724.

As a leader in the Australian dance industry, Michelle has worked extensively in the performing arts for more than 20 years. Her career has seen her work with the world’s best directors and choreographers including Baz Lurhmann, George Miller, David Atkins, Kelley Abbey, Wade Robson, The Squared Division, John O’Connell, Jason Coleman and Dein Perry.

Over two decades as a performing arts professional, Michelle secured roles in major stage productions including Singin’ in the Rain and Grease Arena Spectacular. She was cast in Happy Feet 2 and The Son of Mask, plus she performed on screen at the TV Week Logie Awards, Helpmann Awards, X Factor, Australian Idol, MTV Music Awards and Aria Awards. 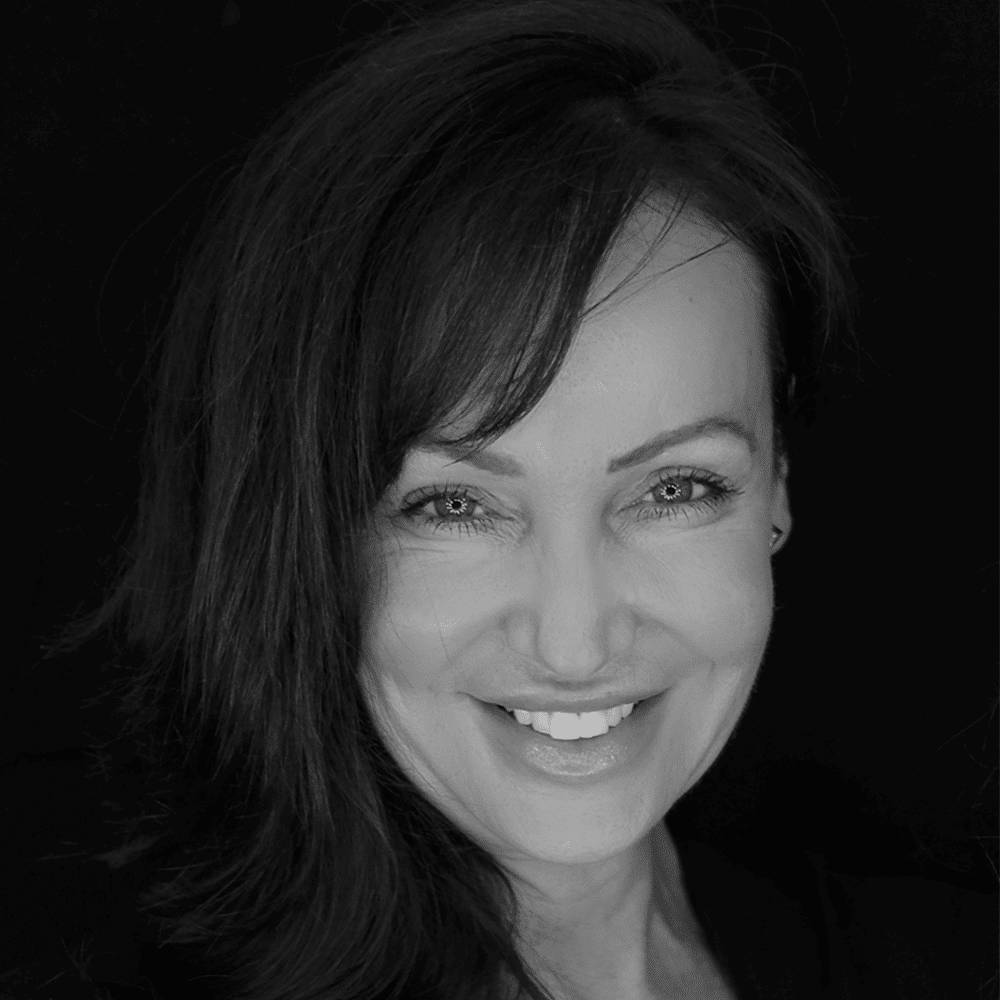 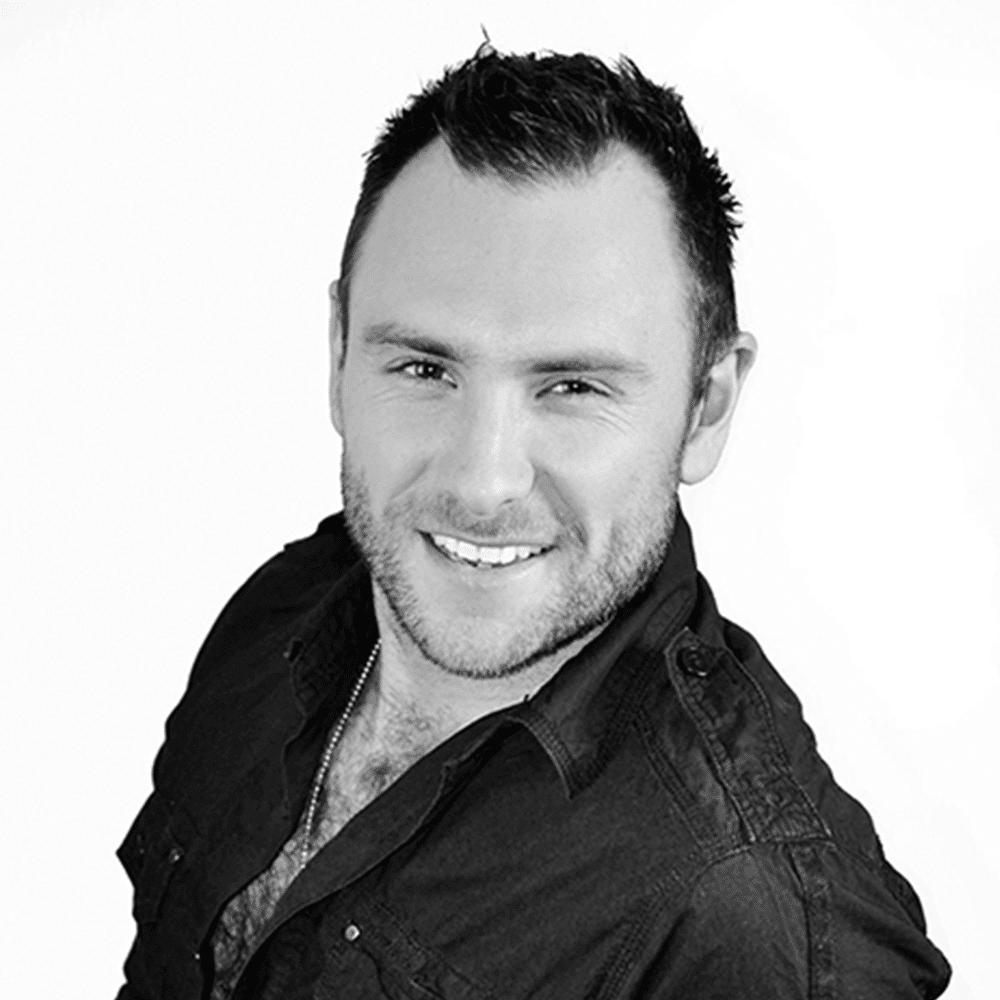 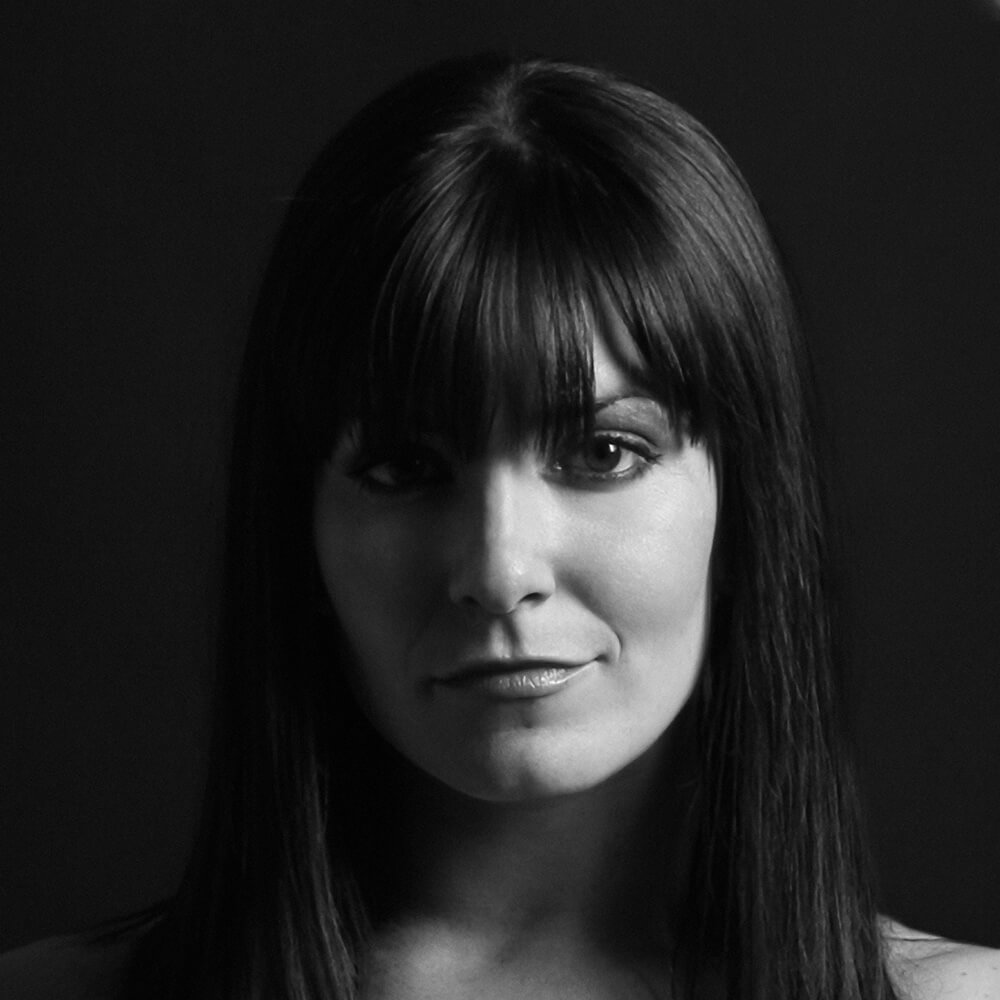 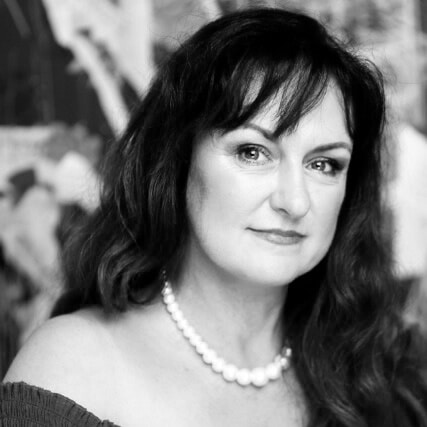 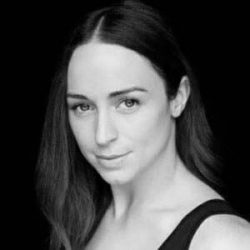 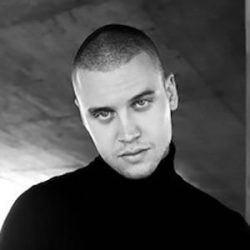 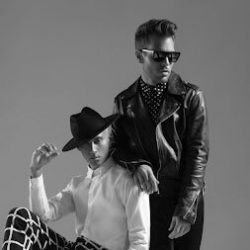 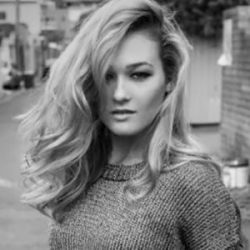 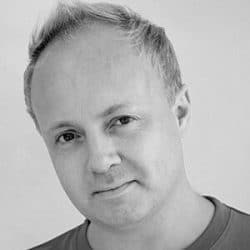 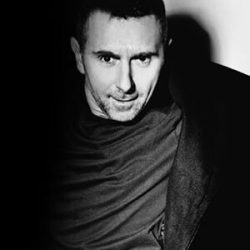 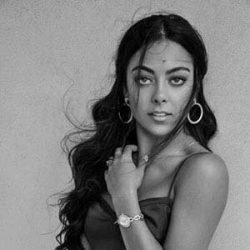 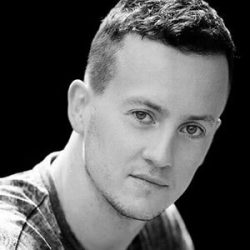 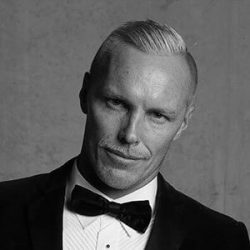 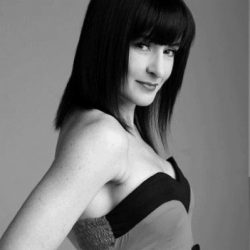 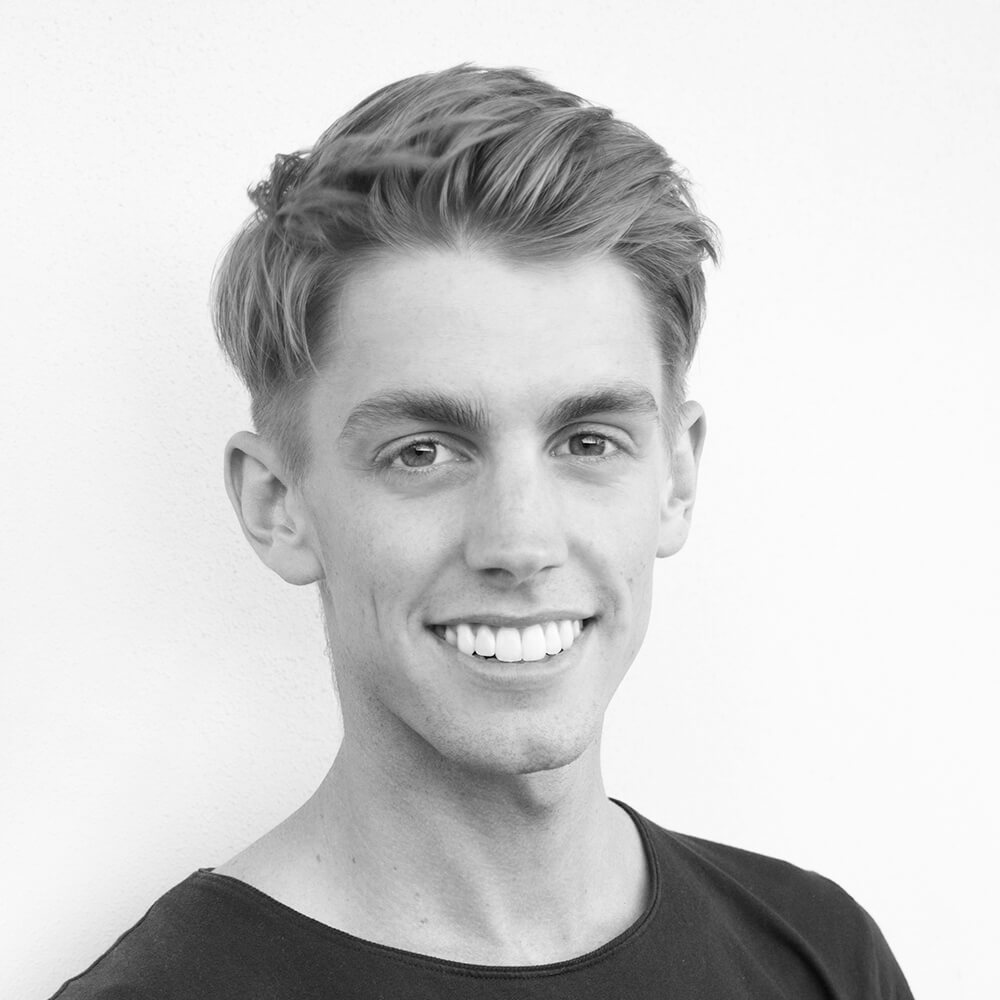 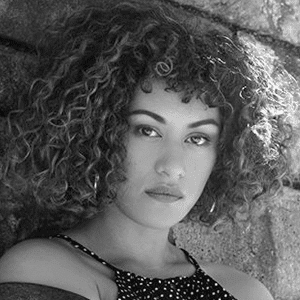 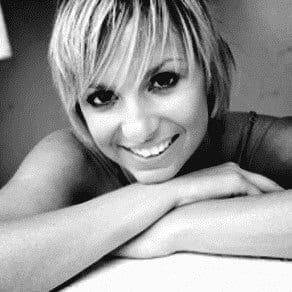 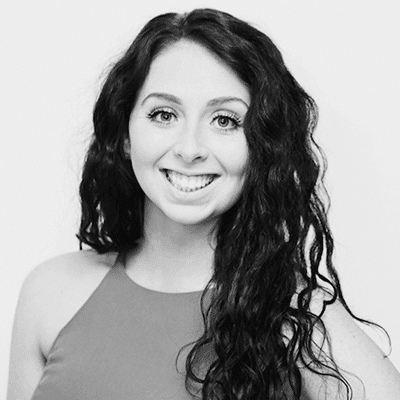 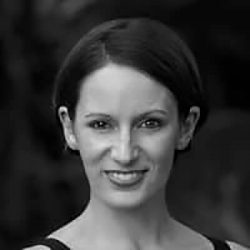 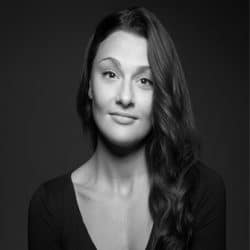 LAUNCH has partnered with the Australian Teachers of Dancing (ATOD) to present our unique certificate course syllabus.

ATOD are Leaders in the field of dance education with a rich history in providing dance syllabus’ of the highest technical standard in order to provide students with performance and leadership opportunities.

ATOD is the registered RTO for the LAUNCH Performing Arts Centre (RTO #31624). 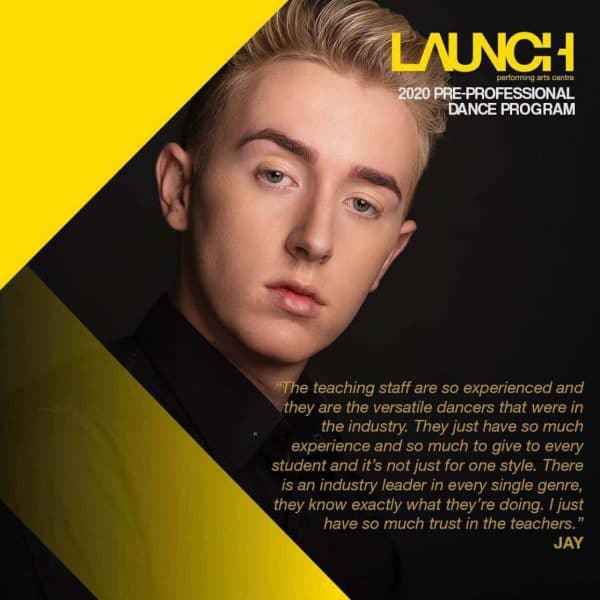 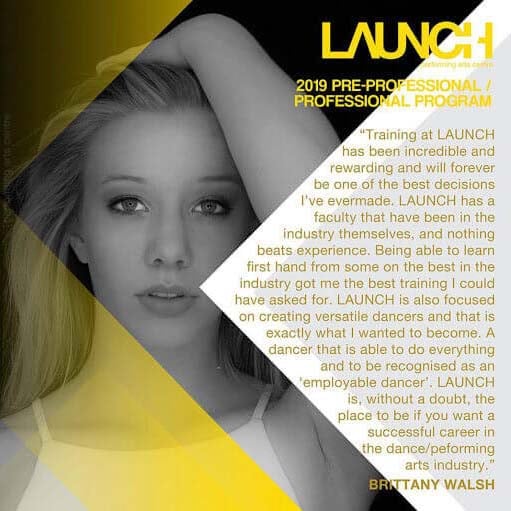 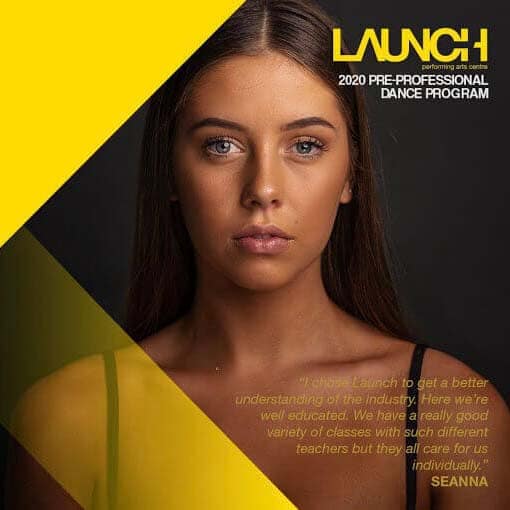 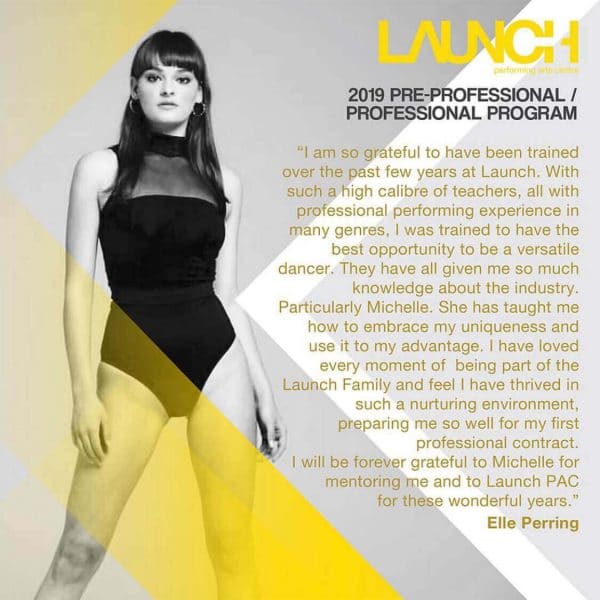 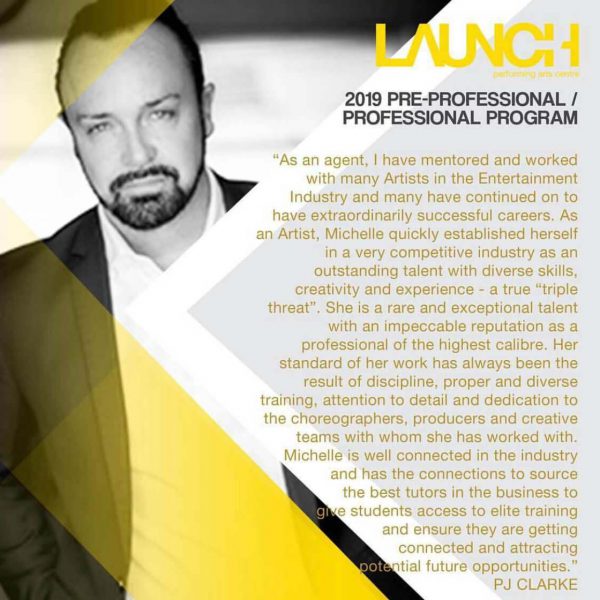 Get your body moving at Launch Performing Arts Centre. Start with a one week trial today!